[ History: This article first appeared on the AnimalsVote.org News website March 2, 2014. This is the Thirteenth installment in an ongoing report – you can catch up on the story with the earlier posts linked below ]

This month, a year after the samples were submitted, the lab began mailing out the results of those tests. So far, every sample sent in for independent testing has come back positive for more than one of the six sulfon-amide-containing illegal antibiotics the FDA identified last February (Enrofloxacin, Sulfaclozine, Sulfamethoxazole, Sulfquinoxaline, Tilmicosin, and Trimethoprim), after scores of tests that looked at everything from melamine to gelatin. The FDA discovery of the illegal antibiotics prompted a voluntary recall of the treats by manufacturers.

Sarge is one of the dogs who lost his life after eating Waggin Train treats. TN

None of the pet owners are surprised by the results,because they’ve known right along that whatever killed their pets would turn up in the samples…once scientists knew what they were looking for.

The sulfa drugs are thought to have contaminated the meat during farming, when they were included in chicken feed. Trimethoprim, tilmicosin, enrofloxacin, sulfaclozine, and sulfamethoxazole are not allowed in chicken at any level but the FDA had found them in levels as high as 2800 ng/g (ppb). Sulfaquinoxaline was found in chicken jerky treats as high as 800 ng/g, which is well above the U.S.FDA tolerance of 100 ng/g.

Although the FDA still has fallen short of stating that these illegal antibiotics are what sickened thousands of pets, it has become increasingly hard to ignore the facts:

Pet safety has been compromised long enough, reliant on the actions of pet treat manufacturers who are concerned only with profits. Instead of considering consumer complaints might be an indication of something gone wrong, they have continued to deny culpability and were excruciatingly slow to recall. Because no warnings were posted in stores while the FDA investigated, many more pets died because owners were uninformed.

There are still pet owners every day finding out the hard way, as their pets fall ill.

Dr. Harr is the vet behind the AMVA resolution asking that the American Veterinary Medical Association (AVMA) adopt the following position on Jerky Pet Treats:

Jerky pet treats are not necessary for adequate nutrition. Adulterants have been found in jerky pet treats, and to mitigate the risk that the pet may become sick and potentially die from ingesting them, the AVMA discourages the feeding of jerky pet treats until further information on their safety is available. Veterinarians are encouraged to report suspected jerky pet treat-related illnesses to the FDA, and to prominently utilize a display and notification summary similar to the requirements reflected in Section 211 of the FDA Food Safety Modernization Act. 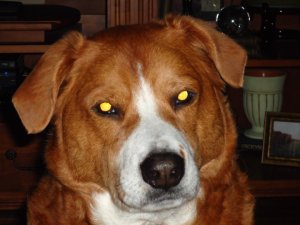 Ariel C. Wulff is an author, artist and animal advocate. They have been involved in pet rescue for over twenty-five years. They have written two books about their true-life adventures living with an ever-changing house full of pets: Born Without a Tail, and Circling the Waggins, and a guide to animal advocacy using the Internet as a tool: How to Change the World in 30 Seconds". Wulff also wrote a pet column and book review column for the Examiner, and was a contributing editor for AnimalsVote.org. They attribute their love of animals to having been raised by Wulffs.
View all posts by yelodoggie →
This entry was posted in Animal Advocacy, SPECIAL WOOF REPORTS and tagged activism, animal advocacy, animal welfare, animal welfare legislation, C. Ariel Wulff, C.A. Wulff, Cayr Ariel Wulff, chicken jerky treats, dog laws, dogs, FDA, Milo's Kitchen, pet food recall, pets, poisoned pets, Up On The Woof, Waggin Train. Bookmark the permalink.