Late this week, a petition began circulating the Internet asking for the removal of the director of the Trumbull County pound citing the reason that the pound is “dilapidated and creates a stressful and unhealthy environment for the dogs.” That stressful and unhealthy environment is described as “dogs can see each other through the chain link.” I don’t know the director of the pound personally, but a group I am involved with has been working with Trumbull County pound volunteers to help them make their pets more adoptable. So we’ve been supplying vaccines to them and giving them other help when they need it. Does the pound need a facelift? It certainly couldn’t hurt. But this petition sounds more like a witch hunt to me.

I don’t know who started the petition, and I don’t care. I only know that it was shared on Facebook and I saw it in my news feed from a number of different sources, and most egregiously, it had a lot of comments. Uneducated comments and false accusations by people who clearly don’t know what they are talking about. There was a comment that said Trumbull has “excessive killing,” and another that suggested there was a misappropriation of funds. Yet another took issue with the director for having once bred doodles.

There comes a time when you have to use a little bit of common sense, do a little bit of research, and let that train roll on over the cliff without you. I was so disappointed to see some of the people I respect in rescue jump on this bandwagon without asking any questions. 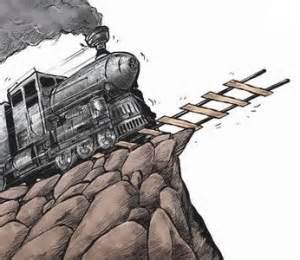 This petition and the attention it garnered wreaked a lot of havoc for the people working and volunteering at Trumbull County pound. They had to take time away from their mission to respond to erroneous complaints. That meant that doing their jobs was impossible while they dealt with this.

If the focus of the petition had been Franklin County Dog Shelter, New York Animal Care and Control (NYACC), Robeson, or PETA, I could have understood. But frankly, I don’t get it.

I didn’t sign the petition and I hope that you won’t either.

I found the comment about “excessive killing” particularly rankling. Let’s take a look at some actual numbers, shall we?

In the last 4 months, Trumbull County Dog Pound took in 220 dogs. Out of these, 11 animals were euthanized. 8 of those animals are cited as owners’ pets. 3 are cited as strays. I was never very good at math, but even I can see that these numbers work out to a 5% kill rate. Eight years ago, Trumbull County had an almost 100% kill rate! Whoa.

I’m not sure what the deal was with the 8 owner’s pets. Were they pets that owners brought in for euth because they couldn’t afford to take their pet to a vet for that? If that’s the case, then Trumbull’s kill rate is closer to 1.5%. “Excessive killing”? Are you freaking kidding me?

Yes, none of us want to see pets killed. In a perfect world, there would be only responsible pet owners and excellent homes for every pet. However, we’re talking about planet Earth here. This pound has come a long way in the past eight years. They are moving in the right direction. 5% is not “excessive killing”.

If someone wants to focus on improving Trumbull County pound, perhaps their energy would be better spent trying to figure out how to get the pound the funds needed to update the facility with better kennels. There is no evidence that there has been any misappropriation of funds.

Just to highlight the differences, let’s look at some other numbers and put the Trumbull numbers in perspective. Since we’re talking about Ohio…let’s shine a little light on what’s happening in Franklin County. (link removed, because a reader pointed out that the website reporting the statistics I quoted was incorrect.)

In March of this year alone,  139 dogs were killed. Although the pound’s website posts statistics that make it look like they have an 80% live release rate, I’ve been told by volunteers at that pound that those numbers are not accurate. The pound allegedly double counts some adoptions, padding the live release rate, and that they are not accurate on reporting euths. While the pound’s website shows a consistent 20% kill rate, the actual number is probably somewhere in the 20% – 50% range. That number could be greatly reduced if Franklin wasn’t using an outdated method of behavior testing.

Elsewhere in the country, NYACC was still at a 33% kill rate for 2015, although the beginning of this year shows a marked improvement. Hopefully, NYACC will be able to maintain and build on the progress they’ve made. In contrast, The Robeson County pound in NC killed 62% of the dogs in its care in 2015.

PETA remains high at a 74% kill rate. If you want to talk about misappropriation of funds, I would say that fundraising for a group called “People for the Ethical Treatment of Animals” and then killing 3/4 of the animals you take in is about as misappropriated as things can get.

(note: when I wrote this post, I had originally cited some other notoriously bad shelters..like MDAS and MAS…but when I researched their numbers, I found that both have made great strides in lowering their kill rates and striving for no kill. Now if we can just get MAS to quit mistreating the animals in their care we’ll really be getting somewhere.) 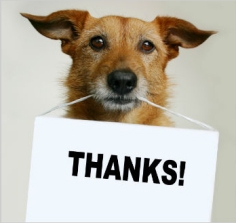 It’s spring and the insects that threaten our dogs’ health are out there. We are in immediate need of heartworm preventative, which we buy here: Drs Foster & Smith and Frontline (see the wishlist link below).

We are also always looking for coupons for certain items we purchase for the dogs on a regular basis. If you have Rachael Ray Nutrish coupons,  Cesar coupons, or milkbone coupons that  you will not be using, please save them for us. Contact me if you have some to send. And if you come across an errant box of Purina Busy HeartyHides in your store, for God’s sake, send them to us!

I also have a wishlist of items that we just can’t afford, but that would make life a whole lot easier.

C.A.Wulff is an author, artist and animal advocate. She has been involved in pet rescue for over twenty-five years. She has written two books about her true-life adventures living with an ever-changing house full of pets: Born Without a Tail, and Circling the Waggins, and a guide to animal advocacy using the Internet as a tool: How to Change the World in 30 Seconds". Wulff also wrote a pet column and book review column for the Examiner, and was a contributing editor for AnimalsVote.org. She attributes her love of animals to having been raised by Wulffs.
View all posts by yelodoggie →
This entry was posted in Animal Advocacy, Random Woofs, The Woof on Rescue Groups and tagged animal advocacy, C. Ariel Wulff, C.A. Wulff, Cayr Ariel Wulff, dog pounds, dog rescue, dogs, false accusations in rescue, Franklin County Dog Shelter, kill rates, no kill, Shelter dogs, Trumbull County Dog Pound, Up On The Woof. Bookmark the permalink.