Welcome readers! Today’s post is by guest blogger Kelly Meister, who I’ve come to know through a mutual friend. This is the first time another writer has guest blogged here at Up on the Woof.

When Kelly Meister turns up at the local pond, she is greeted by the resident flock of 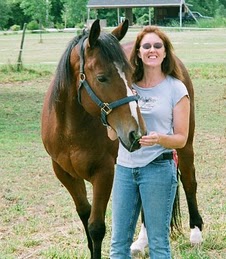 abandoned pekin ducks. That’s because the ducks know that Kelly is there to feed them and make sure everyone is healthy and safe. Kelly is a writer, photographer and potter who devotes much of her time to rescuing and caring for injured wildlife. She has done such an amazing job acting as their advocate that she now works in conjunction with Animal Control to develop strategies to keep the duck population in check and the ducks safe.

Not one to play favorites when it comes to animals, Kelly is also affiliated with a number of animal charities like The Healing Barn, and can often be found in the company of cats, horses, donkeys, and the occasional dog.

Kelly is the author of the new book: Crazy Critter Lady, the story of one woman’s determination to do the right thing for the animals around her. Kelly Meister goes out on a limb – and sometimes a half-frozen pond – to help injured birds, mice and chipmunks, homeless “Aflac” ducks, cranky horses, lost frogs and a host of others.

I once knew a 30-something couple who felt that pet ownership was a right, not a privilege. They acquired two large-breed dogs, built a tiny kennel on stilts in the back yard, used chicken wire for flooring so that the poop and pee would fall through to the ground below, and, apart from beating the dogs into submission as a form of “house training,” had little in the way of contact with them.

The dogs spent every day trapped in that too-small kennel, and no time whatsoever being exercised by their humans. Indeed, the woman involved told me that she would have loved to bring them inside for the night but they were far too rambunctious. I gritted my teeth and said nothing, though I couldn’t help but think that if they would only take the poor dogs for a walk, they wouldn’t be nearly so wound up. I have no idea why those people wanted dogs at all.

As every pet owner knows, animals require a huge investment of time, money, energy, and love. We give those things gladly, even when we don’t have them to give in abundance: I, myself, have endured times in which I was so poor, my cats ate better than I did.  Unfortunately, there exists a segment of humanity who seem to view animals as nothing more than chattel, property to use as they see fit, with little or no regard for what the animals actually need.  I believe that they own animals for no other reason than because they can.

Given the benefits that we all receive from our critter friends – unconditional love, lower stress levels, and lower heart rates, I can’t understand why anyone would be averse to opening themselves up to a deeper bond with their pets. Is it really necessary to house train your dog by beating him into submission, when you could just as easily train him in a kind, loving way? Is it really necessary to cast your pet outside to the purgatory that is a back yard kennel, when you could just as easily enjoy his company while you watch t.v.? Dogs, in particular, are pack animals. They want to be members of your pack.

I’ve often wondered about people like the couple I mentioned earlier. I never could figure out why they wanted pets, when they clearly didn’t want the hassles of pet ownership. They were willing to pay for dog food, but they weren’t willing to spend time training their dogs. They were willing to provide basic necessities, but it didn’t seem to occur to them that the dogs might need or want more. Indeed, they didn’t seem to consider the dogs’ end of things at all.

I wanted to report those people to my local humane society, but I never did. The reason was that, at the time, they were friends of mine. Curiously, someone else did report them, but the cruelty officer – a person who clearly lacked an understanding of what it must feel like for a dog to walk on chicken wire – didn’t cite them for anything. In that situation, I dropped the ball, but you don’t have to: you can report neglect and cruelty to your humane society and remain anonymous. Often, it’s the only way animals are saved from a lifetime of misery. 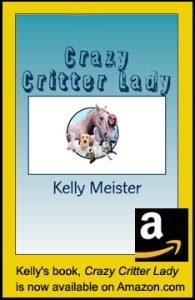 If you’re wondering whether a dog might be a suitable pet for you, think about this: he will need much more than just food, water, and shelter. He’ll need training, guidance, and exercise, and an Alpha dog (you) that he can respect. He’ll need love and patience, and an understanding that sometimes, he won’t be able to hold his business until you get home. Mistakes happen. Crotch sniffing happens. Poop happens. No one will be happy about it, but if you think that an occasional pile of poop in the front hallway would be a huge disaster, then you might want to consider a chia pet instead. They’re a lot easier to care for than a live animal.

Ariel C. Wulff is an author, artist and animal advocate. They have been involved in pet rescue for over twenty-five years. They have written two books about their true-life adventures living with an ever-changing house full of pets: Born Without a Tail, and Circling the Waggins, and a guide to animal advocacy using the Internet as a tool: How to Change the World in 30 Seconds". Wulff also wrote a pet column and book review column for the Examiner, and was a contributing editor for AnimalsVote.org. They attribute their love of animals to having been raised by Wulffs.
View all posts by yelodoggie →
This entry was posted in Guest Woofs and tagged animals as property, crazy critter lady, dogs, kelly meister, pet-care, pets. Bookmark the permalink.

2 Responses to Pets or Property? by Guest Blogger, Kelly Meister