A month ago, I posted a status update on Facebook about how in regards to animal welfare I sometimes feel like I am shouting into the wind. My friend Dixie commented that surely I am making a difference among my friends and family.  How I wish this was true.  The truth is; I’ve had a lot of failures.

Hey, YOU! Didn’t you hear me when I told you that no matter what breed of dog you want there is one in a shelter somewhere that needs a home? Why did you still go out and buy a pit bull puppy from a breeder? Didn’t you hear me say that millions of dogs 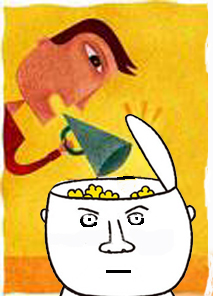 are destroyed every year because there aren’t enough homes? Didn’t you read in my blog that pit bulls make up a large portion of the shelter population? I tried to tell you about BSL, but there you are with a pit bull puppy in a city that has very strict BSL regulations, and I don’t have the confidence in you or your decision making abilities to believe that you’ve complied with all the regulations. I predict that pit bull’s future lies at the pound.  FAIL.

Hey, YOU!  I know you didn’t ask me to help you find a dog, but you were pretty specific about what you were looking for. When a dog turned up among my rescue contacts that met your criteria to the “T”, I sent you his photo. But,  for whatever reason, you didn’t want to take a chance on him. Four weeks later, he died when the shelter caught fire.  FAIL.

Hey, YOU!  I’ve known you for more than twenty years. I’ve talked to you until I’m blue in the face about getting your dogs spayed and neutered. But here we are decades down the road and you are still backyard breeding. Since I’ve known you, you’ve personally been responsible for bringing more than 120 puppies into the world. A world where 4 million shelter animals die every year.  FAIL.

Hey, YOU!   I’ve talked to you, too, about neutering your male dog, but for some reason you have his testicles confused with your own. For some reason you think that it would emasculate you to have your dog fixed.  So he continues to father litter after litter of puppies every year.  FAIL.

And Hey, YOU!  You were looking right at me when I told you a dozen times that your parents can’t take care of pets, to quit asking for a puppy or a kitten. Weren’t you listening? You kept asking, and they kept giving them to you, and I keep taking them off your hands when you and your parents can’t take care of them.  I’ve had your hamster, and three of your dogs, and I’ve had to find homes for your rabbit, and another of your dogs, and a shelter for your two cats.  Those two cats you have now, have never been to a vet. The only reason your dog has shots and has been spayed is because I took her.  And now your dad is trying to get me to take your dog off his hands. Again. FAIL.

About six years ago, my friend Monique was looking at a project I was working on and she said to me “You ain’t playin’.”

Monique was right. I wasn’t playing then, and I’m not playing now. Do you hear me?

When I do something, I DO it. In spite of you, my failures, I’ve had other successes…

But you, you really shake a girl’s confidence.

Ariel C. Wulff is an author, artist and animal advocate. They have been involved in pet rescue for over twenty-five years. They have written two books about their true-life adventures living with an ever-changing house full of pets: Born Without a Tail, and Circling the Waggins, and a guide to animal advocacy using the Internet as a tool: How to Change the World in 30 Seconds". Wulff also wrote a pet column and book review column for the Examiner, and was a contributing editor for AnimalsVote.org. They attribute their love of animals to having been raised by Wulffs.
View all posts by yelodoggie →
This entry was posted in Random Woofs and tagged animal welfare, pets, spay & neuter. Bookmark the permalink.

3 Responses to Hey, YOU!